Skip to content
Stress Test of a Straining Superpower
By Patrick J. Buchanan 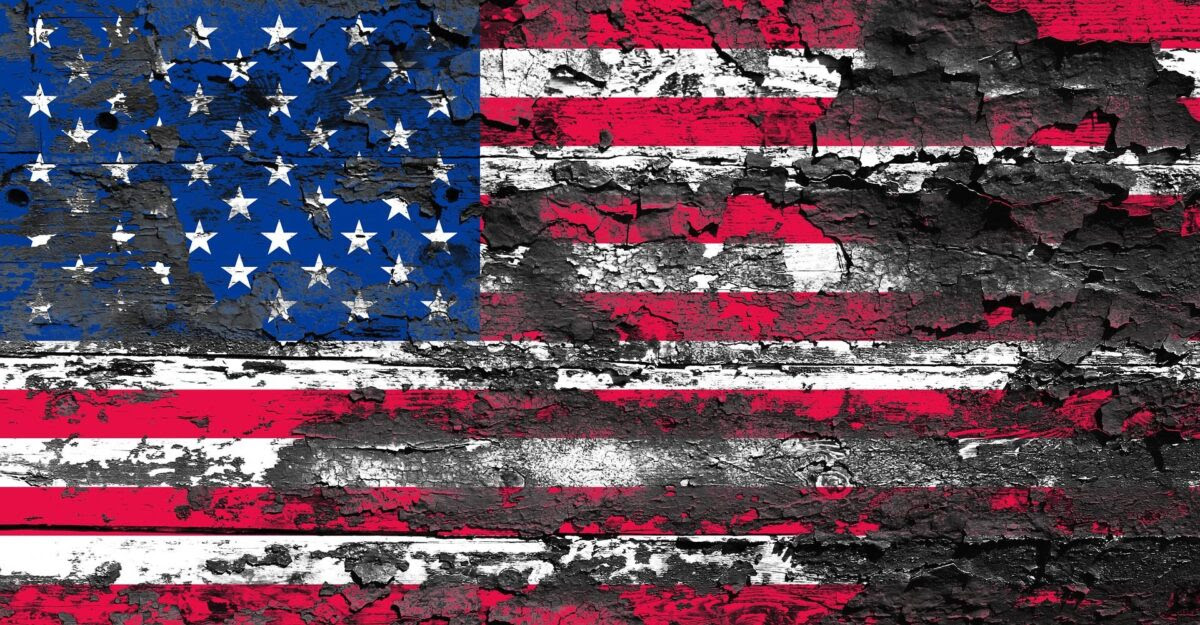 “From the protests, riots, rampages and statue-smashing of the last two months, it is apparent that millions of Americans detest our history and heroes. Though nowhere in recorded time have 42 million people of African descent achieved the measures of freedom and prosperity they have in the USA, we are daily admonished that ours is a rotten and sick society whose every institution is shot through with “systemic racism.”How great a burden can even an unrivaled superpower carry before it buckles and breaks? We may be about to find out.

Rome was the superpower of its time, ruling for centuries almost the entirety of what was then called the civilized world.

Great Britain was a superpower of its day, but she bled, bankrupted and broke herself in the Thirty Years War of the West from 1914-1945.

By Winston Churchill’s death in 1965, the empire had vanished, and Britain was being invaded by a stream of migrants from its former colonies.

Have something to say about this column?
Visit Gab – The social network that champions free speech – Comment without Censorship!
Or visit Pat’s FaceBook page and post your comments….

America was the real superpower of the 20th century and became sole claimant to that title with the collapse of the Soviet Union between 1989 and 1991, an event Vladimir Putin called “the greatest geopolitical tragedy of the 20th century.”

Has America’s turn come? Is America breaking under the burdens it has lately assumed and is attempting to carry?

Today, at the presidential library of Richard Nixon, who ushered Mao’s China onto the world stage, Secretary of State Mike Pompeo is laying out a strategy of containment and confrontation of a China that is far more the equal of the USA than was the USSR.

“In the 1960s, manufacturing made up 25% of U.S. gross domestic product. It’s barely 11% today. More than five million American manufacturing jobs have been lost since 2000.”

China controls the production of 97% of the antibiotics upon which the lives of millions of Americans depend. She provides critical components in the production chains of U.S. weapons systems.

Beijing commands more warships than the U.S. Navy and holds a trillion dollars in U.S. debt. Moscow never had this kind of hold on us.

Watch the Latest Videos
on Our Buchanan-Trump YouTube Playlist!

Writes Herman: “Since 2000, America’s defense industry has shed more than 20,000 U.S.-based manufacturing companies. As the work those companies once did domestically has shifted overseas, much of it has gone to China. From rare-earth metals and permanent magnets to high-end electronic components and printed circuit boards, the Pentagon has slowly become dependent on Chinese industrial output. Asia produces 90% of the world’s circuit boards — more than half of them in China. The U.S. share of global circuit-board production has fallen to 5%.”

Decoupling from China and re-industrializing America would be an immense undertaking. But unless and until we do it, we remain vulnerable.

Another decades-long struggle, this time with China, like the Cold War that consumed so much of our attention and wealth from the 1940s to 1991, is not the only challenge America faces.

Through NATO, the U.S. is still the principal protector of almost 30 European nations. And despite Donald Trump’s promise to end our forever wars, 8,500 U.S. troops remain in Afghanistan, 5,000 in Iraq, hundreds in Syria, thousands more in Kuwait and Bahrain.

There are other huge new claims on America’s time, attention and resources. Some 145,000 Americans have perished in five months of the coronavirus pandemic, more U.S. dead than all the Americans soldiers lost in Korea, Vietnam, Iraq and Afghanistan.

A thousand Americans are dying every day, a higher daily death toll than in World War II and the Civil War combined.

The U.S. economy has been thrust into something approaching a second Depression. The 2020 deficit runs into the trillions of dollars. Our national debt is now far larger than our GDP and soaring. Tens of millions are unemployed. And the shutdowns are beginning anew.

From the protests, riots, rampages and statue-smashing of the last two months, it is apparent that millions of Americans detest our history and heroes. Though nowhere in recorded time have 42 million people of African descent achieved the measures of freedom and prosperity they have in the USA, we are daily admonished that ours is a rotten and sick society whose every institution is shot through with “systemic racism.”

The racial divisions are almost as ugly as during the riots of the 1960s in Harlem, Watts, Newark and 100 cities that exploded after the assassination of Dr. Martin Luther King.

In the numbers of citizens now shot and killed every week, great American cities such as Baltimore, St. Louis, Detroit and Chicago are looking more like Baghdad.

The Democratic Party is promising to take up the issue of racial reparations for our original sin of slavery. The first order of business, we are told, is ending inequality — of income, wealth, educational attainment and health care. The racial disparity in police arrests, prosecutions, incarcerations and school expulsions, must end.

But if the trillions we have spent to address these inequalities since the Great Society days have failed to make greater progress, why should we believe that we even know how to succeed, absent the imposition of a rigid socialist egalitarianism of results?

The Old Republic is facing a stress test unlike any it has known since the Union was threatened with dissolution in the Civil War.

Do You Appreciate Reading Our Emails and Website?
Let us know how we are doing – Send us a Thank You Via Paypal!
Image Source: PixaBay…
Note: We are an Amazon Associate. Your purchases on Amazon.com via our links will help support Buchanan.org – at no extra cost to you!
Image Source: Pixabay…
Read More At: https://buchanan.org/blog/stress-test-of-a-straining-superpower-138961
Share Pat’s Columns:

An ordained Baptist minister. Worked for 10 years with a Christian publishing ministry where I was the circulation manager for a growing publication, The Sword of the Lord. I also did most of direct mail fundraising and promotion. I have pastored churches in Tennessee, Georgia, Alabama & Arkansas. I served for some four years as Vice President of The Spoken Word of God ministry, Orlando, FL. This ministry was active in church planting in India and broadcasting the Scriptures via Trans World Radio and other radio outlets. My associate in this ministry later invited me to join him and his dad in starting a business working with churches providing multimedia equipment. I have done this work for the last 16 years. This blog, hopefully, will scratch an itch I have for communicating the Word of God to a broader audience via the Internet. I would be honored to hear from you via email. View all posts by Editor

Value of a Soul